By adminFri 29 Jan 2021Ecoliteracy
No Comments

“ECOLITERACY – IS THE URGENTLY NEEDED ABILITY TO UNDERSTAND THE PROFOUND CULTURAL CHALLENGES AN ECOLOGICAL WORLDVIEW ADVANCES.” 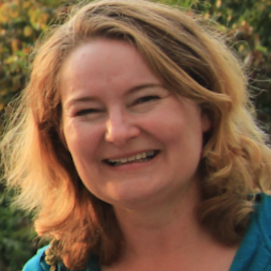 Cathy Fitzgerald PhD, explains why ecological insights must revolutionise our education.A  New Zealander and former scientist, Cathy is  now  an ecosocial artist, educator and researcher, based for many years  in County Carlow  www.hollywoodforest.com  https://haumea.ie

To urgently advance an ecological paradigm–of living well with the Earth and its other inhabitants in perpetuity–necessitates a radical transformation of modern culture. The ecological crisis is a profound cultural crisis–with ancient roots. The earliest stories from Mesopotamia, that influenced the development of our Judaeo- Christian Greco- Roman western society, and our thinking today, reveals the dominant culture has consistently drawn from and adhered to a grave ecocidal error of human supremacism–of seeing humanity as separate and superior to the wider community of life. As others have concluded, our human-centred cultural preoccupation promotes a sociopathic society.

Listen to a interview with Cathy with Megan Best, on Dublin City’s Green Room on ‘Why ecoliteracy matters for the Creative Sector’ here:

A CULTURAL SHIFT FROM A HUMAN-CENTRIC (ANTHROPOCENTRIC) TO ECOCENTRIC WORLDVIEW

Today human numbers have risen exponentially. Human-centric values have advanced some social progress but at the same time, they are destabilising the life-giving processes of the Earth. In daily headlines we are now witness to immense suffering to peoples and species. A globalised cultural narrative of never-ending economic growth and increasing consumerism continues to externalise social injustice and catastrophic levels of environmental degradation causing: an unprecedented 6th mass species extinction event, climate breakdown, polluted waters, increasing pandemics, and increasing social and economic challenges that particularly affect vulnerable nations, women and children.

An ethical response to this existential plight demands we urgently challenge the cultural stories, the human-centrism, we are accustomed to. At the eleventh hour, we are belatedly coming to realise ‘the word ecology includes an ethic–that is, an idea not just what the relationships are, but what proper relationships should be. […A] set of ideals–that one holds as a proper or healthy way to interrelate (Dickerson and O’Hara, 2009).Several decades ago, Felix Guattari, the French psychotherapist and ecosopher (and founder member of the French Green Party) wrote in his Three Ecologies (1989) that we must remake our social practices so we care for ourselves, others, and our environments. Or to put it another way, as his contemporary Gregory Bateson concluded: ‘the major problems of the world are the result of the difference between how nature works and the way people think.’

OVERCOMING THE STORY OF HUMAN PRIVILEGE

Overcoming the story of human privilege with an alternative ecological consciousness, an ‘ecology of mind’ that fosters integrated ecosocial values, will be an extraordinarily difficult educational challenge. Advancing ecoliteracy means we will need to examine language, philosophy, ethics, heritage, and artistic, scientific, political, economic and spiritual traditions – everything that pertains to cultural activity. As Naomi Klein realises in her writing–‘This Changes Everything!’ (2015). And everything HAS to change and quickly–we can no longer short-sightedly pit social and environmental concerns against each other, as is common in our politics, or if we are in the humanities, leave environmental problems to science. For the sake of all species thriving, we must cultivate an ecological consciousness that encompasses social and environmental wellbeing. To that end, along with many other people in academia and the humanities, I’m a signatory to the international ‘Statement of Commitment to Ecocentrism’ advanced by the Ecological Citizen network:

‘Everyone is influenced by their worldview, ethics and values. To date, most Western thought has been rooted in an anthropocentric worldview. Despite great progress on some environmental fronts, it has become increasingly clear that an anthropocentric worldview provides an insufficient basis for preserving ecospheric diversity. We maintain that a transformation towards an ecocentric worldview is a necessary path for the flourishing of life on Earth, including that of our own species.’ –The Ecological Citizen’s Ecocentrism Statement signed by hundreds of cultural thinkers from across planet Earth.

THE CHALLENGE OF ADVANCING AN ECOLOGICAL CULTURAL SHIFT

As the ecological catastrophe is a cultural crisis, correspondingly, cultural activity has a huge role to reverse modern society’s ecological illiteracy. However, overhauling cultural habits, acquired over centuries will be challenging–and a near-impossible task given the short-decade timeframe scientists have announced.

The importance of ecoliteracy and eco-learning is new. International social research has only recently confirmed culture as the missing fourth pillar of the three-pillar sustainability paradigm. These researchers highlight how cultural activity played an enormous role in the progressive societal change in the 19th and 20th centuries that advanced racial and gender equality.

However, advancing ecoliteracy is a daunting task as it questions the foundations of cultural norms that entail human privilege, including the economic and political priorities of a powerful corporate class. Ecoliteracy is easily marginalised in cultural discourse for this reason. While it is always difficult to confront social norms, if we see the suffering our way of life is causing others, inaction equates complicity with the status quo. There must be an ‘all-hands-on-deck’ imperative to help engage the hearts of people toward life-sustaining, equitable futures: it is ecoliterate cultural activity with ecological science insights that will translate and convey the relevance the radical changes an ecological worldview has for each of us, in the different places we live.

Cathy’s ecoliteracy and agency for change arose from her ecosocial art forest work to explore new-to-Ireland Close-to-Nature continuous cover forestry. This short one-minute film below captures her questions at the beginning of her ongoing Hollywood Forest Story work. Her ecological art practice was featured in The Irish Times in 2020. www.hollywoodforest.com 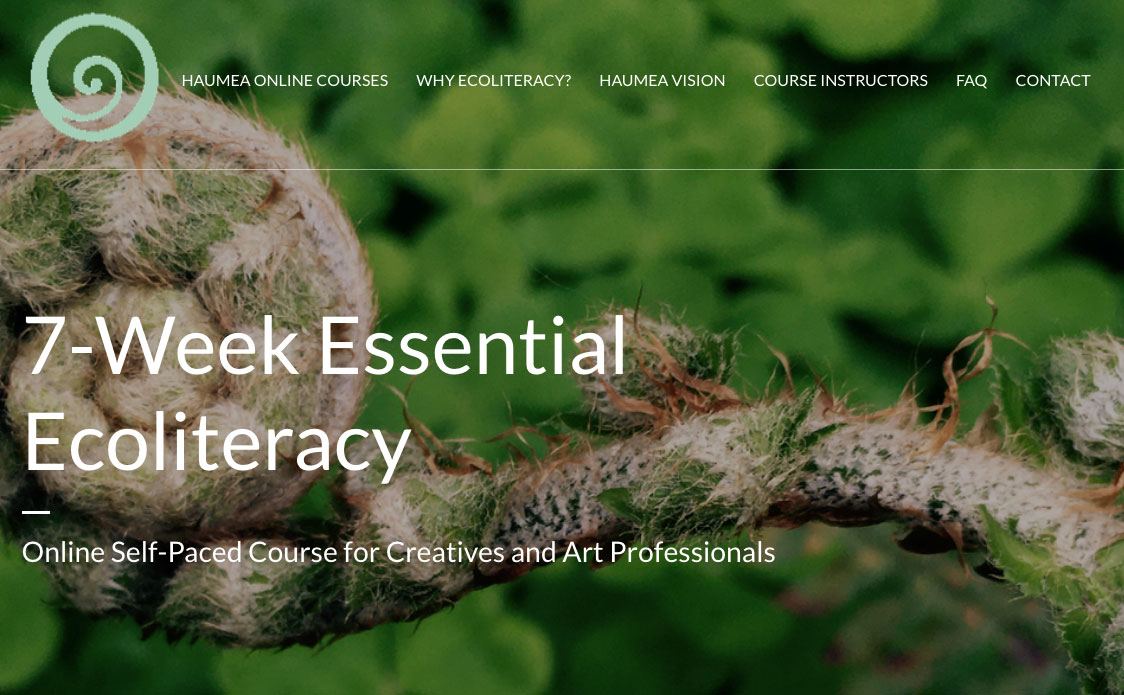 ‘Once I counted birds’ 2009 by Cathy Fitzgerald.

Cathy Fitzgerald is a signatory to the Earth Charter (EC) 2000; which UNESCO endorsed as the pre-eminent ethical framework to advance a more just and sustainable era for all UN signatory countries in 2019. The EC is also notable as influencing the principle values of the international Green movement. In December 2020, Cathy was awarded an Irish Arts Council Professional Development Award to enable her to do the accredited UN University of Peace course on Education for Sustainable Development through the Earth Charter education centre in Costa Rica.

In the cultural sector, Cathy also supports the Culture Declares movement and also the international ‘Statement of Commitment to Ecocentrism’ advanced by the Ecological Citizen network.

Cathy is inspiring on why ecoliteracy is vital for those who work in the creative sector, who can in turn inspire wider society toward a better world. Her efforts in this area have led her to create a world-first online ecoliteracy course for creatives and art professionals that has attracted participants from across the world. During 2020, she hosted five Haumea Online ecoliteracy courses, and from the start, welcomed participants from Ireland, the UK, the US, Europe, Scandinavia and China. https://haumea.ie