By AnnTue 19 Oct 2021Publications
No Comments 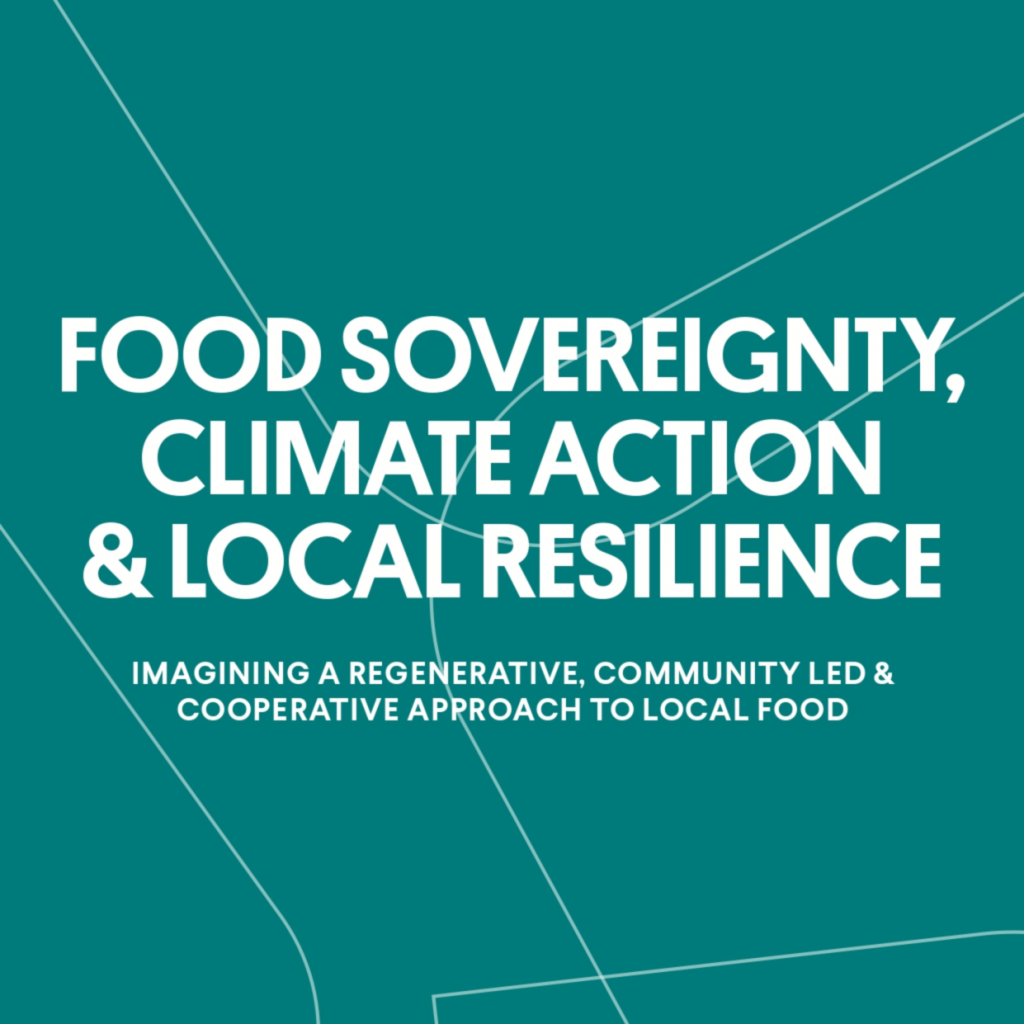 This pamphlet on Food Sovereignty, Climate Action and Local Resilience follows on from A Question of SCALE: Imagining a co-operative, community-led approach to regional resilience, a framing paper in which we explored the potential of the Social and Solidarity Economy, Doughnut Economics, Just Transition, The Commons, Community Wealth Building, Federated Co-Ops as approaches to help us address the climate and ecological emergency.

The co-creation of this pamphlet began with a first draft distributed to local food, community and co-operative advocates. Then, they attended a webinar to discuss identify the blockers and enablers of this regenerative and community-led approach. Finally, we added the harvest of the session, along with links to initiatives in the field, and an infographic.

Challenging the global trade regime and the bilateral trade agreements which entrench trade relations and
which negatively affect peasant farmers on both sides is a vital part of the picture of Food Sovereignty
and the global conversation that needs to be had about how to protect, encourage and support
biodiverse, agroecological and small scale production not just in our backyard, but across the world.

This publication was produced as part of GEF’s Climate Emergency Economy project, exploring the challenge of such a climate emergency economy by focusing on “hard-to-decarbonise” sectors like transport, trade, industry, or agriculture.