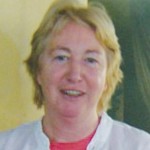 Nuala Ahern (Publications Editor) was the first Chair of Green Foundation Ireland (2012 to 2014). She is a former Green Member of the European Parliament (1994 to 2004) and has co-edited Green Values, Religion and Secularism, which was published by Green European Foundation in 2015. 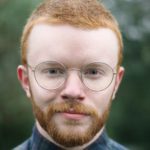 Ciaran Monahan (Researcher) is a zoology graduate from University College Dublin, with a particular interest in wildlife, creativity and education. In 2017, he completed a GFI study on sustainability assessment in the Leaving Certificate. He has worked with several charities in a fundraising role previously, and is currently completing a risk assessment PhD in UCD on antimicrobial pollution in the environment and antimicrobial-resistant bacteria.

Stiofán Nutty (Director of Education) is an experienced management and business consultant with a background in the horticultural and organic sectors. Stiofán is a LEO business mentor. He is a Certified Mediator and Facilitator and practises in Dublin and Brussels. Stiofán has also worked as a ministerial advisor in the Department of Agriculture. 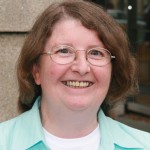 Ann O’Conarain (Administrator) has been in this role since GFI’s inception, having previously worked in this capacity for many years, including with the Minister in the Department of the Environment. Prior to this she was a Supervisor in the accountancy firm, Ernst & Young. Ann has been involved with NGOs at various levels, most notably when she was elected Deputy National Secretary of the Irish Campaign for Nuclear Disarmament. She was also a volunteer in the Summer Special Olympic Games when they were held in Ireland, where her administrative skills came to the fore. 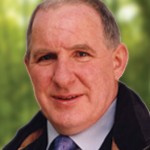 Tommy Simpson (Projects Co-Ordinator) is one of the initiators of Green Foundation Ireland and has been a founder of two other charities with a green agenda, Energy Action and Sonairte – The National Ecology Centre. He has been a professional trainer for over thirty years, and has specialised in sustainable enterprise development.