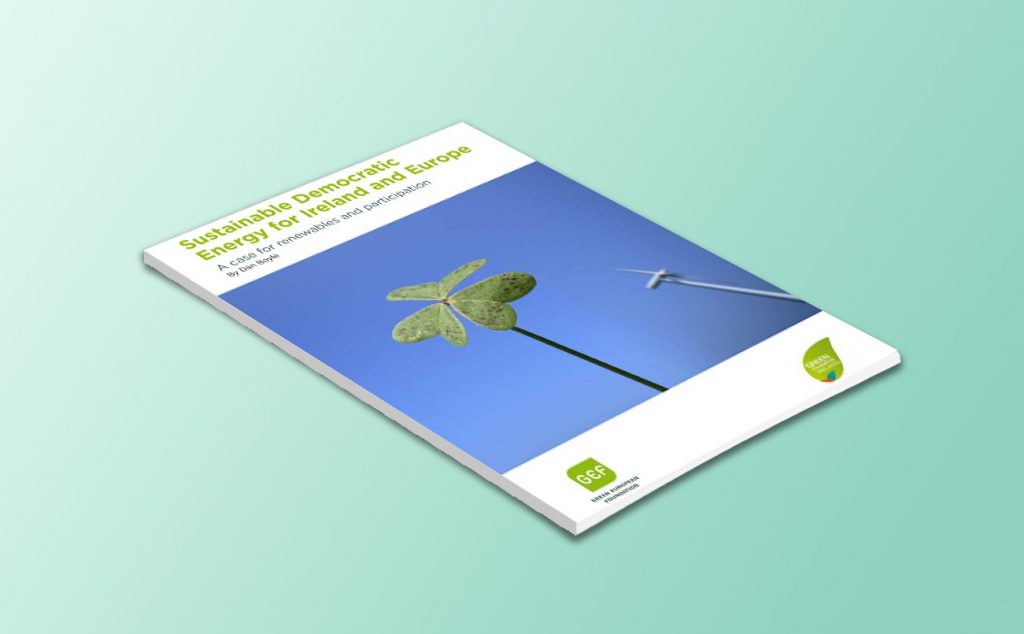 The EU has embarked on a significant reduction in CO₂ by 2020 and a switch to CO₂-free energy by 2050. This will require a massive expansion of Europe’s renewable energy infrastructure.

Such infrastructure is potentially very invasive to local communities. Developing community support for such projects through participative democracy and community involvement is a major challenge that needs to be met if the switch to renewable energy is to take place.

DAN BOYLE, a former Chair of the Irish Green Party, was Deputy Leader of Seanad Éireann and a Senator from 2007-2011. He also was a TD for Cork South-Central from 2002-2007. He has served as Vice-President of the National Youth Council of Ireland and is Chair of NASC, the Irish Immigrant Support Agency.