FROM POWER SHARING TO POWER BEING SHARED OUT 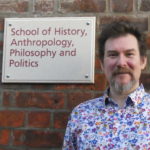 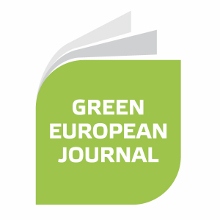 The recent UK election has thrown up a number of surprises. One is the monumental mistake that Theresa May made in thinking a snap election would see her gain a large majority and thus legitimacy for a ‘hard Brexit’.  The second, and related, is that her failure to secure enough MPs has left the Conservatives in need of securing support from Northern Ireland’s Democratic Unionist Party for a minority Conservative government in London. This has ramifications not just for UK politics, but is an unexpected and potentially destabilising issue in the negotiations to form a power-sharing executive in Belfast which have been ongoing since March this year.

JOHN BARRY, who is Professor of Green Political Economy at the School of History, Anthropology, Philosophy and Politics in Queen’s University Belfast and also Director of Green Foundation Ireland, has written an article on this topic which was published in the Green European Journal on 6 July 2017. You can read his article here.

The Green European Journal is the quarterly publication of the Green European Foundation. It was launched at the start of 2012 with the objective of providing a space for discussion within the European Green movement, and as a means of engaging the public in the wider debate about the future direction of Europe. It is a thematic quarterly publication, whereas their “IN THE DEBATE” section is updated more regularly; both this section and the publications contain articles on issues central to the debate within the Green movement and around Europe. During the development of the Green European Journal, they have expanded to include translations of their articles into a variety of different languages – 13 to be exact!

You find out more about the Green European Journal here.